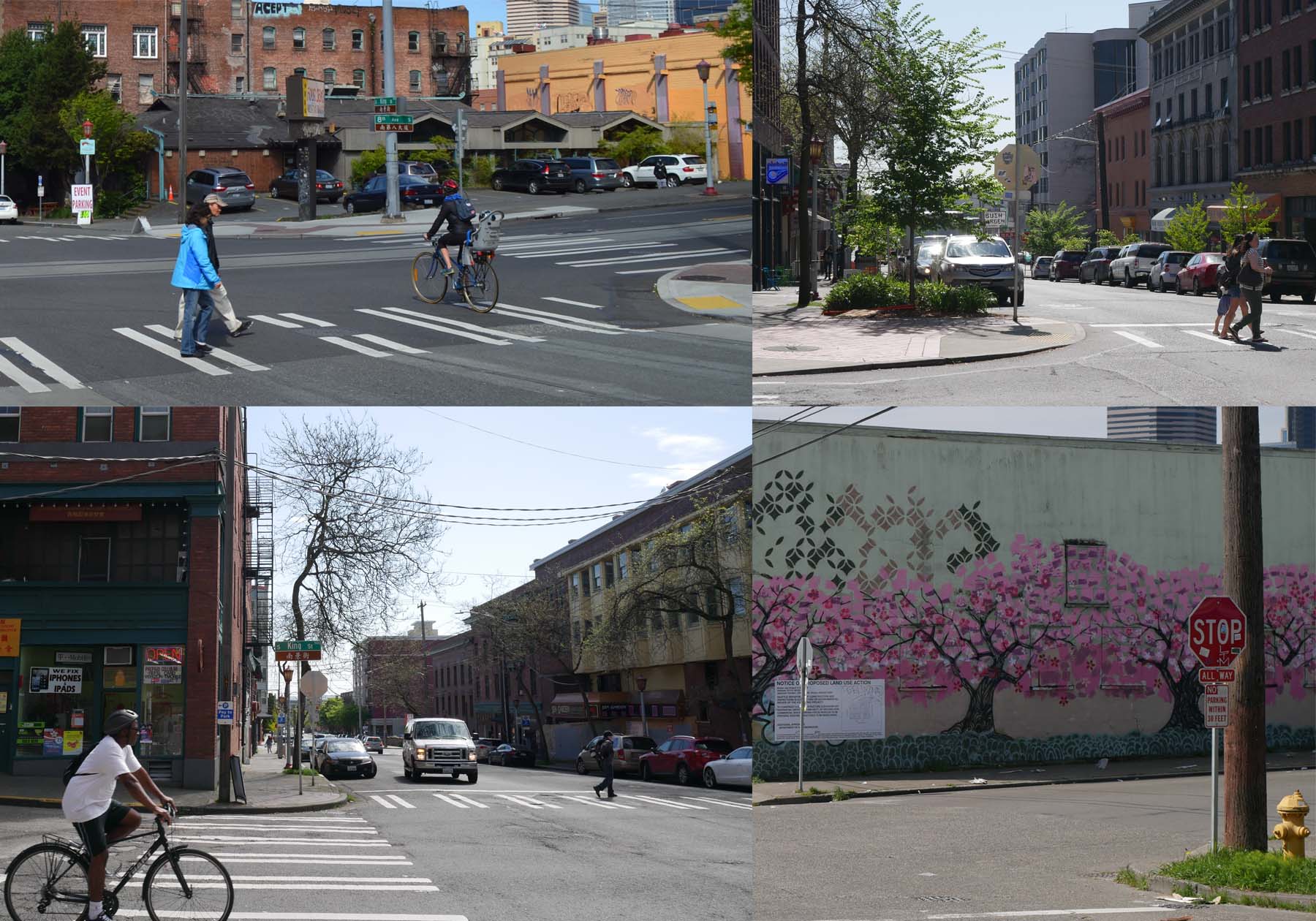 The Chinatown-International District is exploring a variety of implementation projects that incorporate Living Community Challenge principles.

Danny Woo Community Garden has embarked on a community-driven depaving effort for 1,500 square feet of public right of way. In this new green space, 500 square feet of gathering space, including seating, would be created; clean water would be provided for homeless residents, and; 1,000 square feet of additional garden plots, 10 for children gardeners and 12 for elder gardeners, would be created. The goal of the Danny Woo Community Garden Entrance Improvement project will be to mitigate stormwater runoff by removing impermeable pavement and adding landscaping and gardens. The direct environmental benefits will protect Central Puget Sound/Duwamish River basin watersheds by filtering chemicals, oils, sediment and other particulates that have adverse health impacts to our ecosystem and humans health. This area is in dire need of cleaning polluted runoff since it is adjacent to high-traffic areas, including Interstate-5.

The Seattle Department of Transportation (SDOT) has identified a two-mile stretch of S. King St, spanning from Chinatown-International District to the Central District, as a ‘greenway.’ The City’s typical greenways include traffic calming measures, such as slower automobile speeds, safer crossings and way-finding. The Institute has been working with local community groups and the city to begin visioning a re-design to push the concept of the greenway further through a Neighborhood Street Fund Proposal (see Project #2016-132). This ‘enhanced greenway’ would incorporate concepts such as stormwater treatment, increased access to public green space and community gardens in the right-of-way. Community groups have identified the following issues in this area: public safety, cleanliness, accessibility and lack of green space of which could be alleviated through the use of Living Community Challenge concepts to reimagine open space in the public right-of-way.