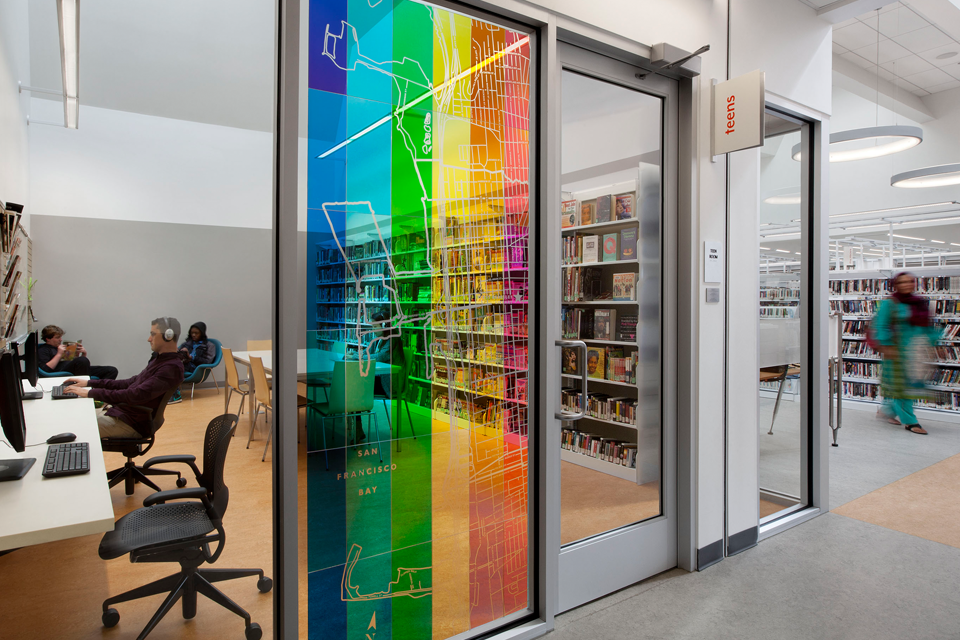 In 2009, The City of Berkeley adopted their climate action plan with an aggressive goal: reduce greenhouse gas emissions by 33% (below 2000 levels) by 2020 and by 80% by 2050. To reach their target, the city realized they would need every new building to operate at net zero energy. In 2008, a measure was passed by the citizens of Berkeley to update and modernize the city’s four existing branch libraries. When the Request for Proposals (RFP) for the West Berkeley Public Library was issued in 2009, Harley Ellis Devereaux (HED) was the only entry that proposed a net zero energy facility and thus was selected to design the library; the first net zero energy library in California. From the onset of the project, all stakeholders (city, community members and HED) intended to create a net zero energy facility that would take a strong civic presence and provide valuable services to an underserved community.